In today’s weapon cleaning products there are two methods of removing copper fouling from weapon bores regardless of size of calibre this includes small arms or big bore artillery.

When using Ammonia based copper cleaners / removers people get confused ! when they see the patches turning Blue or a Green colour they assume the copper is being removed. This in fact is called a Precipitate, where the Ammonia cleaning solutions react to the copper fouling in the bore and stains the patch.Depending on the strength of the Ammonia this staining of the rifle patches can vary from a Blue colour to Green or even a Dark Black.

Instead of trying to remove the Copper Fouling and Firing Residue is to prevent this problem in the first place. Archoil have developed a Nano Technology Lubricants AR 4200 & AR 4400 are able to penetrate right down into the pores of the metal. At a basic molecular level, AR4200 & AR 4400 surrounds the surface of each individual carbon particle with a negatively charged coating causing the carbon particles to repel each other. This forces the carbon particles to break up and separate allowing the carbon and embedded fouling & firing residue (copper, lead, brass, plastic, etc.) to be easily brushed out. 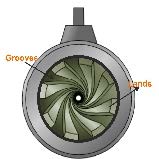 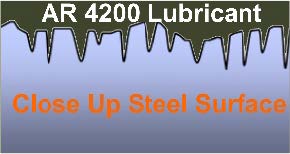